Turmeric Milk: Health benefits & a must remedy for cough & cold in winter 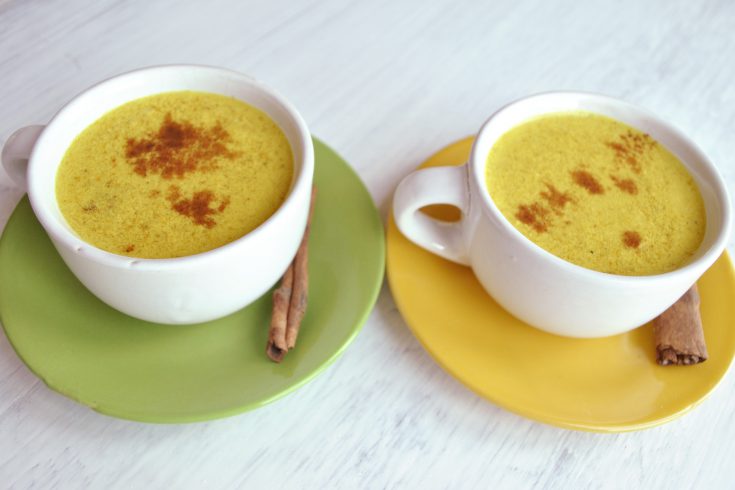 Turmeric milk is the most effective remedy for people suffering from cough & cold in winter.  Also known as golden milk since the presence of turmeric gives the milk a golden or yellow hue.  This healthy Indian drink is also becoming popular in Western cultures now days.

This traditional Indian drink is made up of milk with turmeric & some other spices like cinnamon & ginger.  Turmeric is well known for containing antioxidants & has anti-inflammatory properties. Thus golden milk is used for the treatment of many health conditions like respiratory disorders, inflammation, joint pain, liver issues, digestive problems & even diabetes.

Taking medicines is only a temporary solution for your health problems & that is why elders always suggest us to drink turmeric milk which lessens the chances of falling sick again & again.

Boosts Immunity – Turmeric being an organic herb is one of the best homemade remedies used to improve one’s immunity & works best in case of cough & cold.  People who are very much prone to cough & cold throughout the year & specially in winter , drinking a cup of golden milk regularly in the morning or just before bedtime can do wonders by keeping cold & flu away.

Prevents you from cough and cold – As per naturallivingideas.com, turmeric increases mucus production which normally flushes out organisms that stop up your respiratory tract. While the antiviral and antibacterial properties of turmeric can help battle disease, its anti – inflammatory property helps in easing the effects of cough and cold.

Helps in detoxifying your body – During winter our uncontrollable desire to eat more and more becomes a serious concern when it comes to digestion.  Often we end up having high calorie foods during the occasions which is very normal in the winter season.  Turmeric milk helps you to cope with indigestion while relieving gas & bloating. Other benefits of turmeric milk are as follows:

How to prepare Golden milk?

To prepare one cup of golden milk, components needed are:

Procedure – Simply mix all the ingredients in a saucepan & boil it. Reduce the heat & simmer it for few minutes or until fragrant or flavored. Strain the drink & have it.

Conclusion – Turmeric milk being rich in many healthy components provides a list of health benefits. Start drinking & prevent yourself from the occurrence of many diseases.

Get In Touch With Us
Recent Posts